Hey everybody! We've spent most of June and July in the Trinity Alps, without internet access. Many photos were taken for future Red Mr. Peanut Bank and Gallito Mescalito episodes, but we've just arrived in Fresno and are recovering from a Very Long Drive. So we're just checking in tonight.

We are slowly wending our way south, and will be back in Panama by August 11, when our Regular Friday Series will be reinstated.

Here's the gang at the creek, plotting some terrible action. 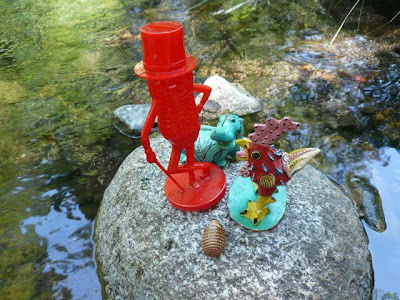 Oh yeah: here's Miss Bebé in the mountains, eating up all the grapes! 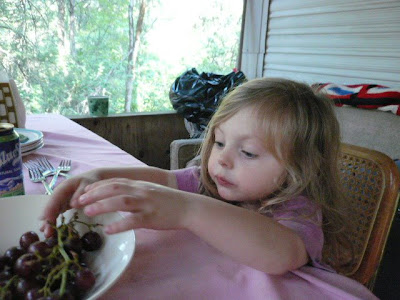 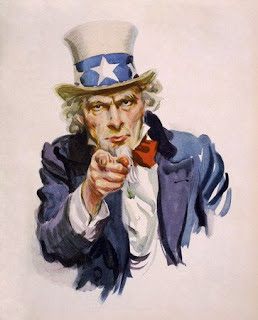 At the age of 18, young Mr. Day, who had an almost unnatural hankering for apples, wandered about the countryside of the new nation, carrying apple seeds from his home state of Pennsylvania. He created nurseries in the wilderness so that his land-stealing countrymen would have sustenance as they cheated the indigenous people of their ancestral homelands. He negotiated disputes between pioneer settlers and shared his religious beliefs with anyone unlucky enough to get him started on the subject. He wore ragged clothing and a pot on his head, an image which became very popular with young people in the late 1960's and early 1970's, who, in homage to St. Independence Day, called themselves "pot heads." He also cut down many trees as possible in the areas of Michigan, Wisconsin, and Minnesota, with the help of his Big Blue Ox, Babe. After his flirtation with the exciting and ruggedly manly world of the Lumberjack, he rode a tornado down to Pecos, Texas, spending a few years as a cowboy, using a cougar for a horse and harnessing the Rio Grande to water his ranch. He gave up the cowboy life to become a steel-drivin' man. During the early years of the Twenty-first century, he was waterboarded and tortured by members of the Bush administration, but has managed, barely, to survive.

St. Independence Day's contributions to theology are, firstly, the concept that God created the United States of America as a Christian nation to spread the gospel, first throughout the central continent of North America by the means of Manifest Destiny, and then throughout the world as a side-effect of imperial wars, and secondly, the Prosperity Gospel in which God rains cash, cars, and big houses upon those who roll on the floor and swing from the drapes in a spittle-flecked ecstatic state while proof-texting Bible verses. Amazingly, this theology is quite popular amongst the FOCAs. 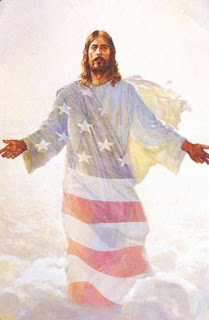 Hi Kids!
The Lovely Mona and Chompita and Padre will have some abreviated internet access over the Big Fourtajuly weekend. I'll try to post something worth reading.

We've been enjoying our mountain home, and we'll have a telephone by Monday, but no internet access as all they offered was dial-up an I dongotta patience for that.
Posted by Padre Mickey at 5:38 PM 3 comments: