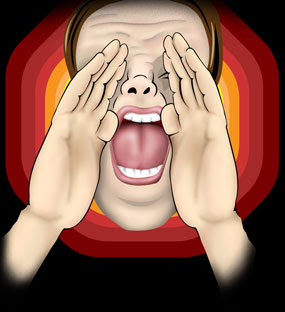 I've been reading the reactions to the Declaration of the Anglican Bishops of Latin America and the Caribbean (Global Center) on the internet. Actually, there hasn't been that much discussion. There is a reasonable discussion at Thinking Anglicans. I was reading the comments at Titus 1:9 (I'm not linking to them) and even got pulled into a couple of comments. First, someone wanted to know who these "Global Center" bishops were and why no names from the Southern Cone were included. Also, did they have the authority to speak for Latin America and the Caribbean? I commented "Not all of Latin America is part of the group known as the Global South, and not all bishops in the Caribbean agree with ++Gomez. Yes, I believe that the Global Center bishops can speak for Latin America and the Caribbean." Another person announced that all bishops of the Church in the Province of the West Indies agree with ++Gomez, at least publicly. This poster then made the statement that None of those Dioceses/Provinces mentioned are a part of CPWI. CPWI is made up of, for the most part, island-nations - English-speaking formerly British colonies. This other group is made up of nations in Central/South America and speak Spanish.
Don’t let the moniker “Caribbean” fool you."
I explained that CPWI is not the sole Anglican province in the Caribbean and defined the word "Caribbean." He responded that there is no "Caribbean Anglican Church" or "Latin American Anglican Church" so the Global Center bishops can't claim to speak for Latin America and the Caribbean.
I decided it just wasn't worth my time to try to continue explaining things to these folks. The thing that really got me is George Bush "Yer either with us or agin' us" attitude that dominates most of the comments there. They seem to believe that all provinces who are not aligned with the so-called Global South are automatically in opposition to the so-called Global South position, and therefore, aligned with TEC and the Anglican Church of Canada (not to mention all those other evil Episcopal churches). But that is not true. The bishops of the Global Center are not aligned with either side, that's the whole idea of the Global Center. In the recent declaration the Bishops said:
In the midst of this painful controversy, we do not identify with either side, because they don't fully represent the spirit of our thoughts.

It has been proven in our relations that we greatly represent the plurality and diversity that are universal characteristics of Anglicanism and that we hold different positions on the themes that are presently discussed in the Communion. However, we have also experienced that the plurality and diversity we represent has become a rich source for growth, rather than a cause for controversy and division.

We unanimously express our determination to remain united as members of the same family and will continue to come to the Lord's Table together.

We invite our brothers and sisters in the episcopate, as well as all the members of the clergy and laity who identify with this vision, to join together and work for an effective reconciliation, interdependence and unity in the diversity of our family of faith and so preserve the valuable legacy of which we are guardians.

They want to work for reconciliation between both sides, but they are not taking either side. So, how can the folks at Canon Harmon's place be so sure that the Global Center bishops are unorthodox and liberal and aligned with the terrible Global North?

Discussion is difficult when folks let their preconceptions prevent hear what others are saying, and this happens on both sides. Some times I lose hope, but then I remember that the Church belongs to God, not to the bishops, not to the clergy, not to the laity, and that God is up to something with all this.
Posted by Padre Mickey at 5:06 PM

No doubt about it and it looks like a big REVELATION to me!

Leonardo Ricardo (who feels lots and sometimes thinks too)

Miguel Tamayo, the Bishop of Uruguay, belongs to the Southern Cone.

Practically all other bishops in the southern cone are English-speaking-foreign-SAMS missionaries (or sort of).

And hi --and thank you for the insights-- Luiz and Leonardo Ricardo :-).

Some times I lose hope, but then I remember that the Church belongs to God, not to the bishops, not to the clergy, not to the laity, and that God is up to something with all this.

Padre Mickey, AMEN! "The wind blows where it will. We hear the sound of it, but we do not know where it comes from nor where it is going."