Our Christmas Eve started as it does in All True Christian Churches© with the blessing of the Nacimiento. The Lovely Mona took some really cool photos of the Nacimiento before everyone showed up. 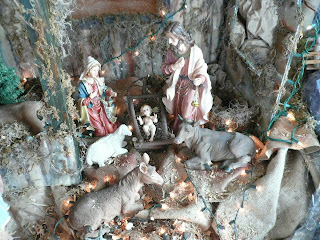 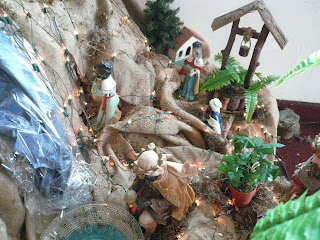 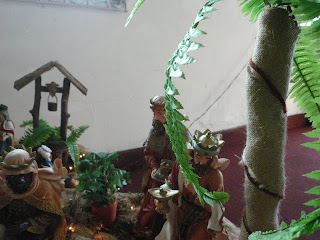 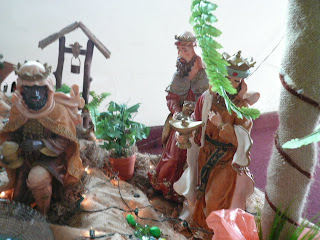 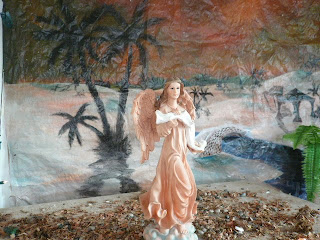 Here is the Youth Choir. 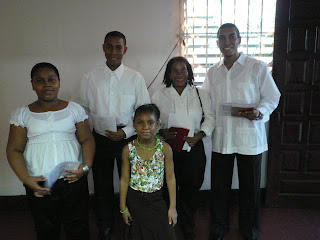 So here are Padre Cáceres y yo doing our Sacerdotal Duty. 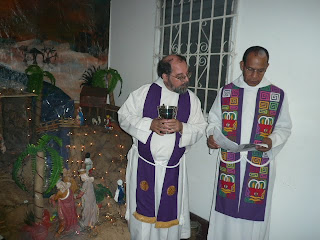 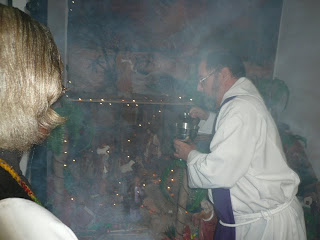 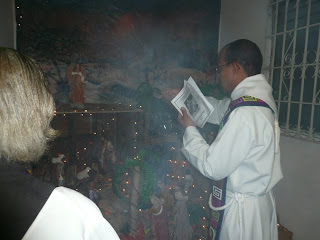 I served as musico for the evening. It was a bilingual service, which I always enjoy. Usually Padre Cáceres does the parts in español and I do the parts in English, but lately if I hear stuff in español I forget to do English and continue en español rather than the otro idioma. What can I say?

In other news, Señorita Chompita Wiggletail has decided to treat the Monkey, who stars as Bunrab, the Filthiest Toy in the House in our Red Mr. Peanut Bank and Gallito Mescalito productions, in the exact same manner as she treated the original Bunrab. Here is the Monkey awaiting surgery for his snoz, from which Chompita has tried to extract his stuffing. One would expect such activity from Miss Egyptian Hippo of Love, especially if she had ever worked with them mummy-making-folks, but one would be wrong. 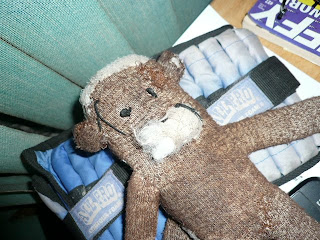 YAY! Look what Santa brought me! I was a GOOD Boy! 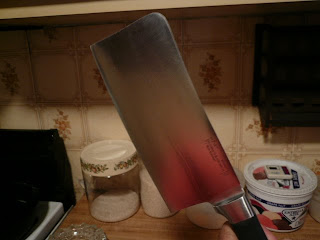 And the mere mention of bunrab (the filthiest toy in the house) makes me feel such love.

Well, and he IS Bunrab's replacement. Why wouldn't Chompita treat him the same way?

I am still jealous over the meat cleaver.

Poor sock monkey! Bad Chompita! But she is a dog, so what can you expect?

Whadda a frightening thought...at least for gentes of the right-wing party persuasion: Padre Mickey on the loose wid unsupuhvised use of da meat cleaver!! Dey should beware lest de become Republicuts!