Yesterday was a busy day for the Lovely Mona and der Padre. Both the Youth Choir and the Adult Choir of Parroquia San Cristóbal performed at the Cathedral of St. Luke's Christmas Bazaar. Our usually band of Reynaldo Taylor, piano; Ricky Staple, drums, and Padre on guitar and bass backed up both choirs. The most amazing thing, to me, was the fact that everybody that was going to ride on the bus actually showed up on time and we left Parque Lefevre 4 minutes earlier than scheduled! You have no idea how amazing that is. I made a messa many ham and cheese sammiches for the yoots so that they would Have The Strength To Perform. Here are photos of the bus ride and our performances, including Tía Sue at the Bazaar.

Ricky Staple on the bus 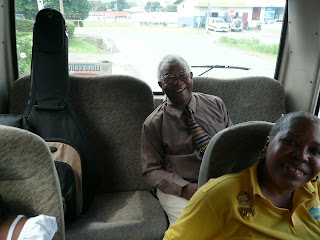 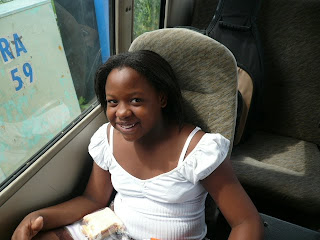 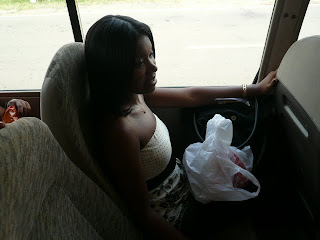 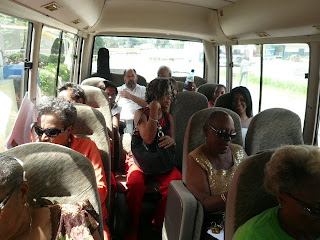 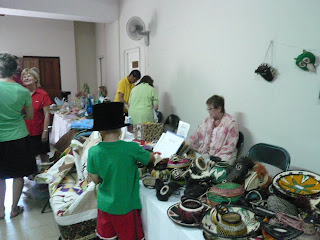 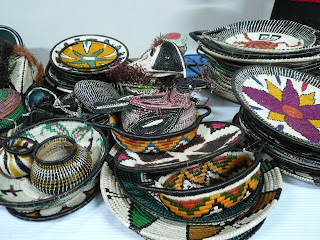 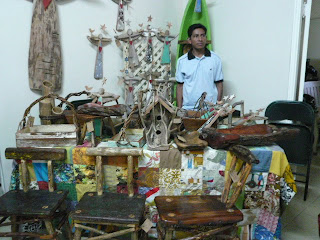 Adela Owens, Reindeer girl (She was selling amazingly rich and chocolatey brownies with her aunt and cousins) 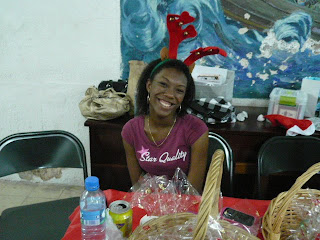 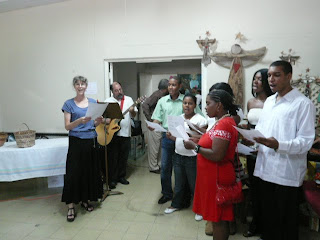 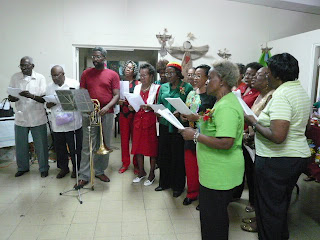 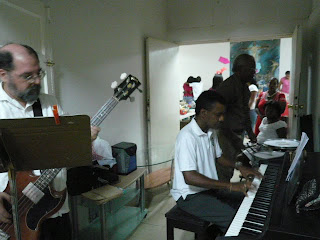 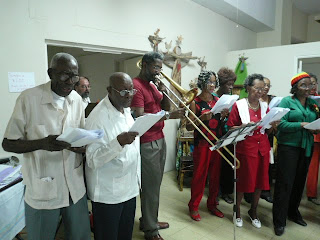 In the evening, the Lovely Mona and der Padre took their road act to Rio Abajo Methodist Church over on Calle 13, where we were one of the opening acts (along with the Rio Abajo Methodist Youth Choir and a few soloists) for their Christmas Cantata. The choirs of Paraíso Methodist, Colón Methodist, Weseley Methodist, and Rio Abajo Methodist combined forces for a huge, talented choir, with Profesór Bernardo Murray as director. It was quite an evening. Here are fótos of the program. 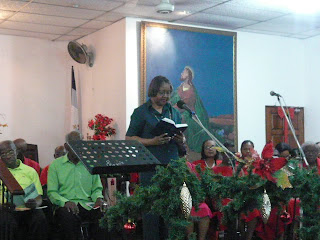 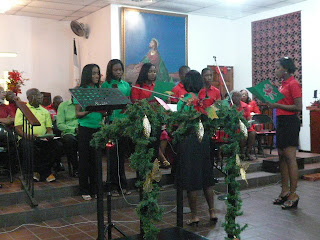 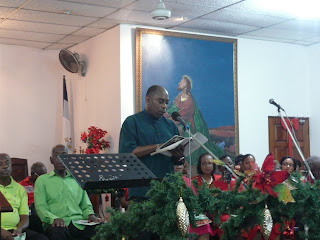 Lo, How A Rose E'er Blooming 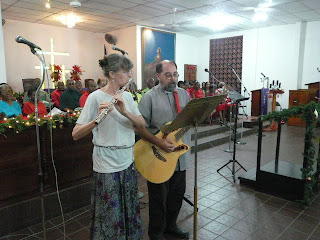 In the Bleak, Mid-winter 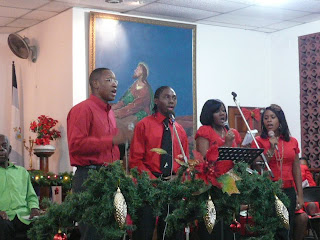 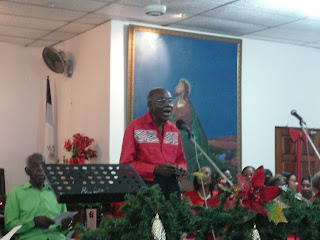 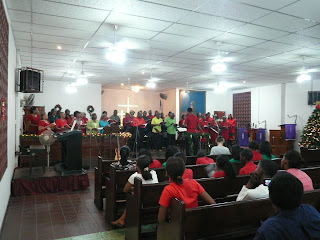 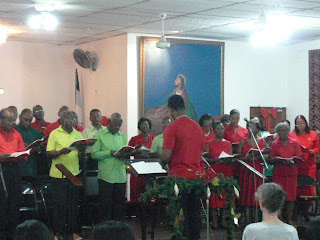 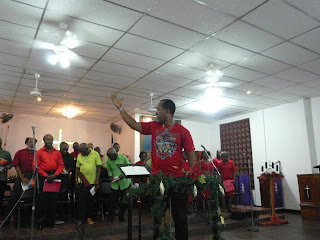 What a festive and lovely day it was! Wonderful, indeed!

Priscilla, wait until you see tomorrow's post about what happened today. Talk about a festive day!

I guess I better clear that up quick! Tía Sue doesn't make the baskets, she sells them for the parents of some of the girls en la hogar. Son canastas indigenous.