It's Official! The U.S.A. Is In Recession, And Has Been For A While!

I was feeling a little sorry for ol' George Bush. People really don't like him, he gets ignored when the leaders of the world get together to wear ponchos, and people are asking if Obama's inauguration could take place early.

But then I read that his administration is trying to slip some really nasty, anti-worker laws under the wire, he's trying to burrow wicked, incompetent Republicans into offices from which it will be difficult to extract them, and there's the fact that the U.S. has been in recession since last year but he's been denying it. It was the free-market ideas of his administration that have put everyone in this situation, but he's ignoring the facts, just as he has done for the past eight years. So, I don't feel sorry for him anymore.

Here are some humorous comments on the sorry pud. 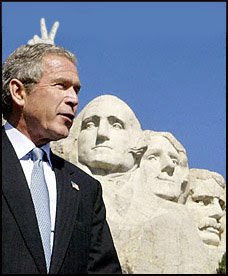 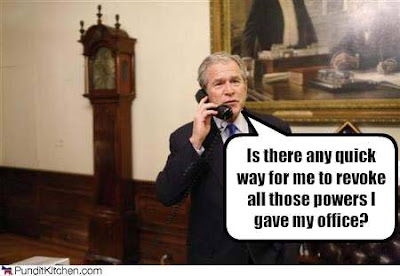 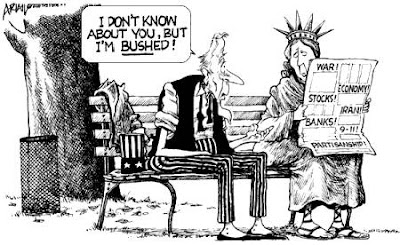 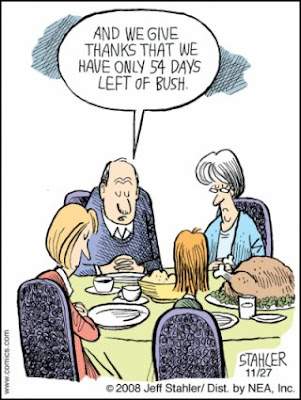 Well, like many people I also cannot wait until Obama's inauguration. I'm sick of this administration!

We're bushed and we don't even live there!