My Thoughts Have Been Replaced By Moving Images. . . 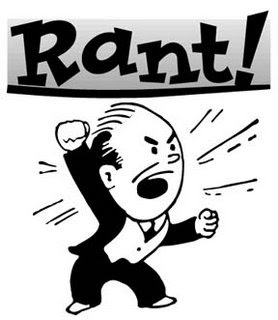 This is NOT the post for which you have been advised to wait as part of your Advent discipline. This is just Padre ramblin' at da mout.

Firstly, you know what feels and sounds real good? New guitar strings! I re-strung the Applause this afternoon and, dang, it be really nice! It sounds good and it feels good. When I was trying to become a Pop Star, I changed strings every few weeks, but nowadays I gits negligent and can go months widdout changing da strings dem. I really needs to get wit da program!

Also, ya know what is a great comfort food? O-yako Donburi. It means mother and child. It's chicken and egg over rice. Well, it's more than that. I saute onion and mushrooms and then the chicken and then cook it all in a sauce of hon-dashi, oshoyu, and mirin. I cook up some kokuho rice, and then, while the rice is hot, put the chicken 'n stuff on the rice and crack egg on it. Oh, baby! Just like Jesus ate!! (So, you don't think Jesus ate o-yaku Donburi? Then you obviously don't know about this!). Dat's what I 'm makin' fer dinner tanite!

¡Mira! I've been reading some stuff at Titus 1:9, raising my blood pressure, and I gosta ask ya all: do you think they (the denizens of that hell hole) really believe the stuff they're saying? They continue to claim that the majority of the WWAC is in support of the New Fake Province of Grumpy Ol' Ig'nant Protestants, and that everybody except the English, Irish, and Scots hate TEC and ACC. I can't find anyone around here (Diocese of Panamá, Province of IARCA) who even likes the Province of the Southern Cone of America, let alone dem nutso Africans! Yet these people continue to claim that everything is going their way. When I was in the Cult, we used to tell each other crazy stuff and we all had to believe it, or else we would have to admit that we were bats**t crazy, which we were. I suspect that the same thing is going on with our orthodox-so called brethren and sisters. They won't admit it, though.

'sup wit dese a****les in Illinois? WTF? I know they have a tendency towards corruption but, Jeezy Kreezy, couldn't they just hold off for a while? Well, the difference between Democrats and Republicans is that most of us will mock the Governor of Illinois and demand his stoning resignation, while Repugs tend to promote support their criminals to the Bitter End. Are they gonna blame this on Obama? Sheesh! He hasn't even been inaugurated yet, and they're trying to impeach him! Did you know that crazy effin' white guys are trying to get the Supreme Court to declare that Obama is not a naturalized citizen? Geez Louize! Don't they know that McCain was born in Panama, and that Palin was born on Mars? Wadda buncha maroons!! 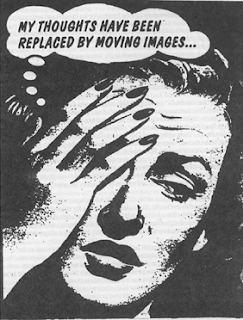 There's a reason why Illinois is called the "land of the plea and the home of the brave"...4 out of the last 7 governors have been on the "honor system" as in "yes your honor, no your honor." Both parties have been to the Mayor Daley school of politics...

But before I get too smug, I remind myself Missouri still has KC....

Surely YOU realize that the T-19 crowd (amongst other groups of selfrighteous selective Scriptural lunatics) think, act, talk, and believe like SARAH PALIN! It´s a very COMMON illness, rampant stupidity and lack of self-awareness to the point they believe they are SMART (the give away of course is they are terrified).

Your dinner description is making me hungry. And that's not easy since Blago (who is, alas, my governor) has pretty much nauseated me.

SCOTUS refused to hear the case!

Good Padres, why abuse yourself and even GO there? I never knock on the door. Makes me insane when I do, so I stopped.

Well, there appears to be an added "s" there... so unless you have multiple personalities, just remove it.

I know that Advent used to be considered a season of penitence but going to T19 is taking things a bit too far.

Does Chompy need a referee?